What is the Anti-Landslide Law?

When the top soil and underground water flows downhill as one, this movement is called a “landslide”.
Also, when gob piles, or accumulated slag heaps, begin to collapse, this can endanger those around.
In order to prevent such disasters, this law was recorded with the objective of protecting the citizens.

The Ministry of Land, Infrastructure, Transport and Tourism was asked the Prefectural Governments their opinion and, because of disaster outbreaks, as well as the advantages and disadvantages for the public, certain regions have been named “landslide areas.”
In these regions, drainage, retaining walls, dams, and the like have been built to prevent natural disasters; and additionally, building construction, remodeling, and demolition, has a high probability of being restricted or completely outlawed. 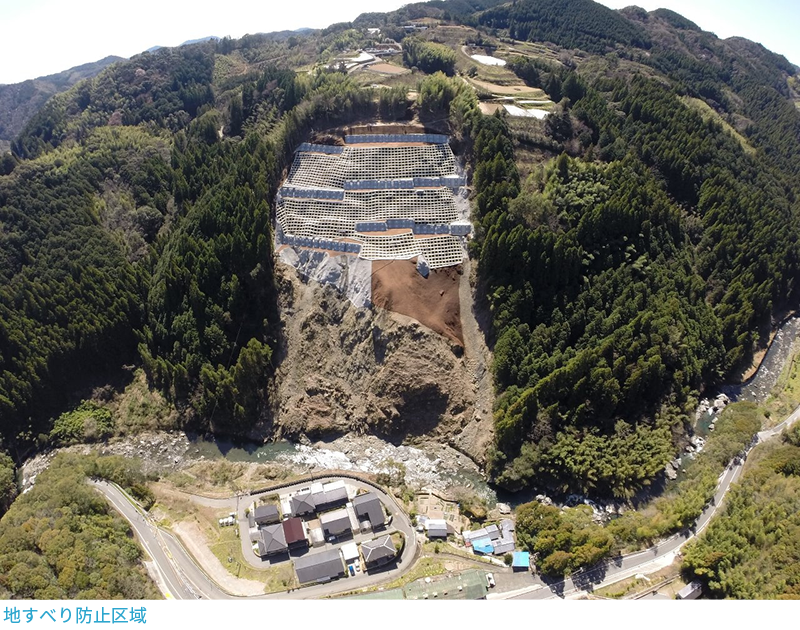 During the construction of a PV power plant in one of these landslide areas, permission from the Prefectural Government doesn’t necessarily have granted,
but to build without notifying the government in one of these areas can indeed result in inhibition, for fear that construction would only promote a landslide.
Therefore, you may be ordered to stop building and return the land to its previous state. The burden of this cost would be yours to bear.

If it is determined that landslide prevention cannot be installed and that the land cannot be returned to normal, penal labor and a fine of up to 10,000 yen is possible.

When constructing a solar power plant and anything corresponding to the land, there are multiple applications and permissions that must first be obtained by the governing prefecture.
However, it is important to be fully cognizant of the laws and connecting details before building a PV power plant.

Next time, we will be introducing the Law for the Protection of Cultural Properties.